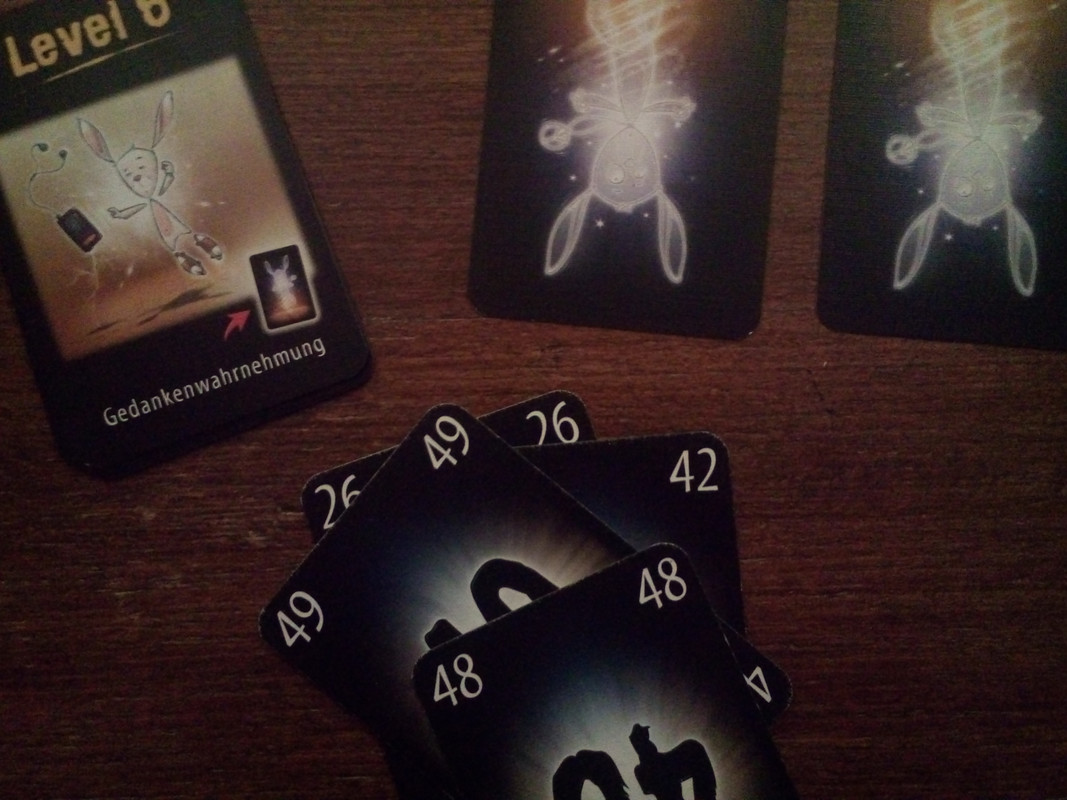 The premise of the game is insultingly simple, ordering of numbers, a sort of task that could be considered a punishment in hell. If one is to find meaning in it, he would be hard pressed to justify it as anything else but a concoction of a pseudo-intellectual. The restrictive element of the rules, which makes The Mind a game and not a torture is the fact that communication is not allowed. There is nothing novel in this approach, but it is worth noting again its paradoxical nature, an uninteresting task made interesting by constraining such a basic human element, forcing the players to find new ways of getting around the problem.

What makes The Mind special is that the metagame, which is the core of this subgenre of games (restrictive communication coops), is not much, if at all facilitated by the game mechanics beyond the initial input. The mechanics of the game are too simple and too limiting to influence a metagame change. This makes The Mind a very pure distilled experience, giving an appearance of a prototype.

The first reaction to someone hearing the rules is that winning is impossible. Yet after playing with the same group enough times, winning can become somewhat of a norm. This has nothing to do with becoming more familiar with the game systems, but rather with the other players. In order to win, and indeed in this game to also have fun, one must learn to read your coplayers’ face expressions, mood, instincts, thinking. However this is not enough, a certain mind meld is also necessary.

As it is quirkily drawn and written on the level cards (German edition at least), creating a group self is where the game needs you to go. Individual involvement is high in this group think, but the guiding force is not from within self. A player enters a metagame in earnest when its rules are his master. This allows him to decide, or instinctively do, the appropriate move, it informs him of others and indeed himself. 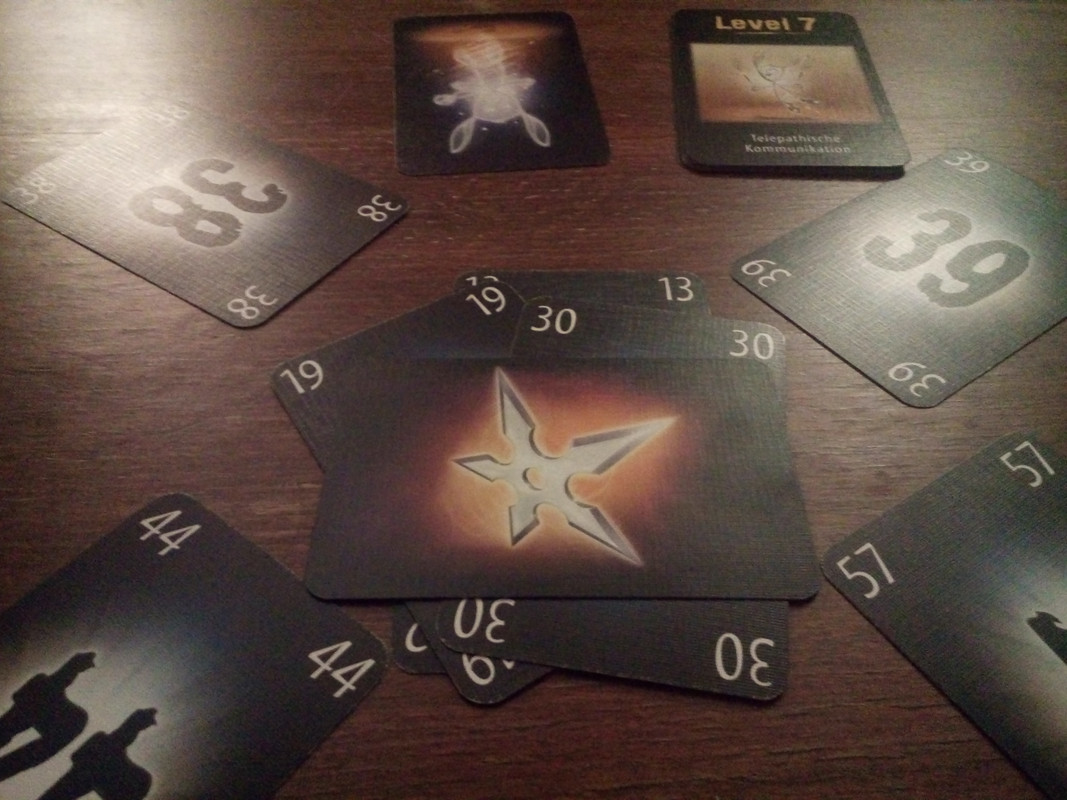 Every game changes and evolves by multiple playthroughs, but it is rare that this is something taken into account as a key feature when making a game, as is the case here. The process starts by guesswork, and it feels akin to trying to tame quantum instability. It is no secret that you can ‘cheat’ the game by agreeing beforehand to simply count the seconds and play numbers accordingly. Although this would defeat the purpose of the game, that is to play, it correctly assesses measuring of time as a winning strategy. However when you don’t count but simply feel the passing of time, it is not as easy to determine when to play a card. Every person decides this based on a different internal compass, that fluctuates even within itself.

After agreeing with yourself on what makes good tempo, how long does it feel right before playing a card, you can start noticing other’s feel of their tempo. The game then becomes an attempt in walking the minefield. By trying to assess coplayers’ sense of timing you also try to accommodate to it, which then causes their sense of your timing to fail, and mistakes are made. This then becomes a vicious cycle where luck seems to rule the show. As is apparent, simply reading other people is not possible.

The next step, a jump to hive mind happens by predicting not the right moves, but the bad ones. This understanding of your coplayers’ failings happens through time. Thus failing with the same group of people is essential to progress. A common utterance among veteran board gamers is that the length of post-game discussion is a measure of a game’s quality. That is also usually a path to improvement, but in The Mind doubly so. It is in those moments of often raised voices and blame finding that you realise just how insane and irrational your friends are. I’m not sure what that does to friendship, but it does wonders to improve your play experience, as it unveils the background of coplayers’ bad moves. In the unexpected and unlikely moments of the game, knowing others’ mental failings is crucial. If all players are dedicated to learning others’ internal clocks, both in how they should and shouldn’t work, then the hive mind can start forming.

The final factor is alignment. Once you know everyone’s insanity, it is not enough to simply be mindful of it, as it may not all be reconcilable. For that reason it is important to create a custom – a shared culture of behaviour. This can be a simple product of an agreement born out of discussion, or perhaps more likely, it can be a process of accommodation. By means of classical group dynamic, some players will be more influential than others, some more flexible, but in the end an equilibrium must be formed. It would be interesting for an anthropologist to observe this process, and see the differences between the groups and individuals.

There is something wonderful when the stars align and the group clicks, and you manage to win, at first this is primarily a feeling of disbelief and a sense of witnessing a miracle, a spiritual experience, but as you increase your win rate and become very comfortable with the group you play, the feeling becomes that of strength and confidence, as you can see your efforts bare fruit. But an even more powerful feeling then forms, as the mind melt becomes real, that of love, that of deep and selfless bonding. 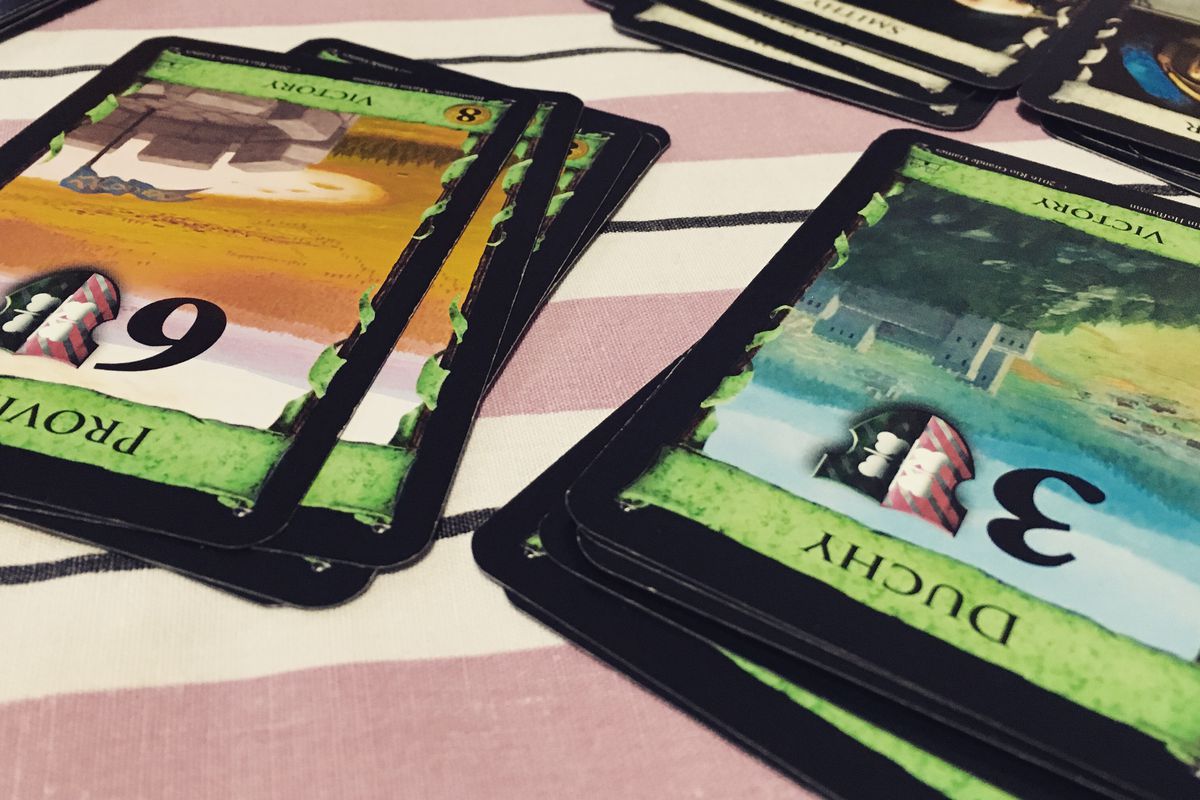 -# As the youngest of children, I inherited but three estates and a small copper mine. I have seen my cousins in similar position fall to ruin or become leeches on the family fortune. This will not happen of me. I intend to grow my fortunes and my lands, with a bit of help from lady Luck. To this end I decided to build a wishing well. May it serve me well.

-# In order to have something to throw into the well, I need more money. Therefore I started a new mining operation. It looks promising.

-# Ambition is first and preparation the other half of success. So I hired a scout to look for new lands and opportunities.

-# I struck gold, the mining venture proved to be well worth the investment. I’ll reward myself, with a glass of beer.

-# I hoped to invest in even more mining but didn’t manage to procure enough cash. The holdings required unexpected expenditure. I decided to build a second wishing well in another estate instead. So I can always throw a coin wherever I am.

-# All my wishes come true! An extremely prosperous year. This is it, this is what I’ve been working for. I managed to buy a small province. Everything is more beautiful there.

-# Nothing remarkable. Maybe I should get I wife?

-# As the fame of my name spreads, I become targeted. A neighbouring baron tried to swindle me but failed. I expect more such attempts in the future.

-# My gold mine is bringing steady income now, so I procured a new province.

-# No wife, but I built a harem instead.

-# As I enter my golden years the competition grows fierce. Land available for purchase is dwindling by the day. I am ahead of the curve but have to remain vigilant to stay there. Crazy times we live in.

-# This is it, I achieved all I could. I have the money, influence and power, that surpasses others’. My coronation is today.